My wife and I have a running debate about sleeping with a fan on. Guess which side I’m on.

Sun through the clouds

The other side of the rainbow

This one looks ominous!

We get green here in Colorado too! 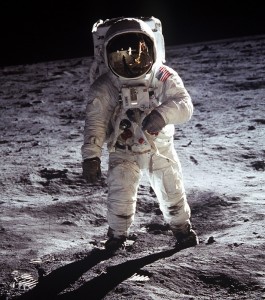 We’ve had bunches going on ’round here. Between work, starting two businesses, volunteer work and time out for a little fun it’s been a little crazy. I was at a meeting downtown and looked out the window of the office I was in only to see this scene above. There’s something a little unnerving about seeing a flock of police cars surrounding your car. (Mine’s the red one in the middle there.)

I guess there was a fender-bender or something. Savannah’s Finest paid scant attention to my ride except when one of the officers leaned on the trunk to fill out some paperwork.

I stayed bravely in the office where my meeting was.

Then Gorgeous had the CEO and Founder of eWomenNetwork in town for her Accelerated Networking event this month. I wrote up a piece about Sandra Yancey over at SuccessCREEations. Go check out the scoop over there. Here’s Sandra Yancey (on the left) with one of our local Savannah TV personalities, Jessica Kiss.

Then over the weekend Gorgeous and & went out to see the Savannah Derby Devils in their roller derby bout.

Yes you heard that right. Gorgeous & I went to see roller derby. Voluntarily. Nothing about it was high class, as you can probably guess from the photo above taken from our high altitude perch at the National Guard Armory.

But Gorgeous & I had a good time. There’s even proof that I was there as a photographer for SavannahNow caught Gorgeous & I with one of our friends.

It was a hoot. Besides we know Miss Betty Lovsit. I was able to snag a photo of her with Gorgeous and another of our friends during the bout. It’s enough to keep ya on yer toes!

One of my favorite bloggers, Liz Strauss is having a special even today in honor of her blog’s birthday. Normally on Tuesday’s she has something called Open Comment Night.

But today she’s opened it up for a whole day long extended play event. Stop over and check it out and have some cake while you’re there!

Liz Strauss over at Successful-Blog is having a blog birthday tomorrow. In light of that she is having a little contest where entrants must describe her blog in 25 words or less.

Since I’ve started hanging out at the Open Comment Night that Liz hosts every Tuesday night I’ve gotten to know her and have come to consider her a friend. I nearly had the opportunity to meet her when my work sent me to her home town of Chicago, but an unfortunate change of flights by my company got in the way.

Liz is a passionate advocate for Net Neutrality and her Net Neutrality pages (page1 and page 2) are an invaluable resource where anyone can learn more about the controversy.

The Tuesday night Open Comment Nights are often a highlight of my week. There bloggers from all around the world hang out for a while, bounce ideas around, build friendships, and sometimes even get a little silly. The only real rule that Liz strictly enforces is that everyone must be nice.

Liz is a master at building community. We could all learn a thing or two from her example (especially us church folks!)

So without further ado, here is my entry for the contest:

Successful-Blog is a fun community where you can rub elbows and learn from successful business professionals, writers, bloggers, and even a code writing donkey.

You’ll have to check out Open Comment Night yourself some Tuesday to find out about the code writing donkey! 😉

Well, what do you think?

Do I actually look like any of these folks?

Thanks to Rick for sharing this site.

I was poking around yesterday and I stumbled on the Blog Day web site.

What’s it all about, you ask? Well here is what the web site has to say about it.

BlogDay was initiated with the belief that bloggers should have one day which will be dedicated to know other bloggers, from other countries or areas of interests. In that day Bloggers will recommend about them to their Blog visitors.

What will happen in BlogDay
In one long moment In August 31st, bloggers from all over the world will post a recommendation of 5 new Blogs, Preferably, Blogs different from their own culture, point of view and attitude. On this day, blog surfers will find themselves leaping and discovering new, unknown Blogs, celebrating the discovery of new people and new bloggers.

It sounds like a lofty goal, maybe even a little pie in the sky optimistic.

It also sounds like my kind of fun. I’m in. Thursday I’ll share 5 new blogs with you and give y’all an opportunity to discover something new.

Gorgeous and I went to a party last night.

The couple hosting it called it a “Thanks for the Ride” party. They’ve been in town for about a year and were finally able to scrape together the means to buy an inexpensive reliable car. A year is a long time to go without one here in the Southeast. Mass transit isn’t as good as it is in some parts of the country, although Savannah’s got a decent bus system.

Well, let’s just say the CAT is better than most of the places I’ve lived in the Southeast anyway. I don’t really know how good it is. Because I have a car, which I’m grateful for.

The highlight of the evening for me was that Peter gave us a preview of an early cut of his movie, Johnny Reb. It is his master’s thesis project at SCAD and it’s been a long time coming. Peter’s been working hard on it and even at this early stage it looks great.

One of the ladies at the party said from the back of the room, “Peter! It looks so real!”

We all laughed when she said that. I’m not sure how Peter took it. But I know it was a compliment. I think she was expecting, since the movie was a film school project, that it would look like something I did with a cam-corder in the back yard.

However Peter really is a professional and it looks, well, like a movie. Its a short. But even so it tells a compelling story.

It cracks me up that he chose the American Civil War as the background of his story. He’s Swedish (His last name is Svensson.) Not what I would have thought he’d pick. But what do I know?

I actually volunteered to help out a tiny bit behind the scenes. So I am especially excited to see the finished product. I even found a photo on his site that has me in it. I’m holding a reflector to get some more light onto the eyes of one of the lead actors in that shot. It was a fun experience to be able to “help out”.

I’ve watched movies for years and I never had any idea what when into creating the finished product. I still don’t have much of a clue how to make it all work. But at least now I can appreciate how much work is involved!

I think Peter’s off to a great start. I can’t wait to go see one of his blockbusters one day. Then I’ll get to say, “I knew Peter way back when he was in film school.”